kaçak: forms of informality and commodity in modern turkey

a virtual symposium of ethnography 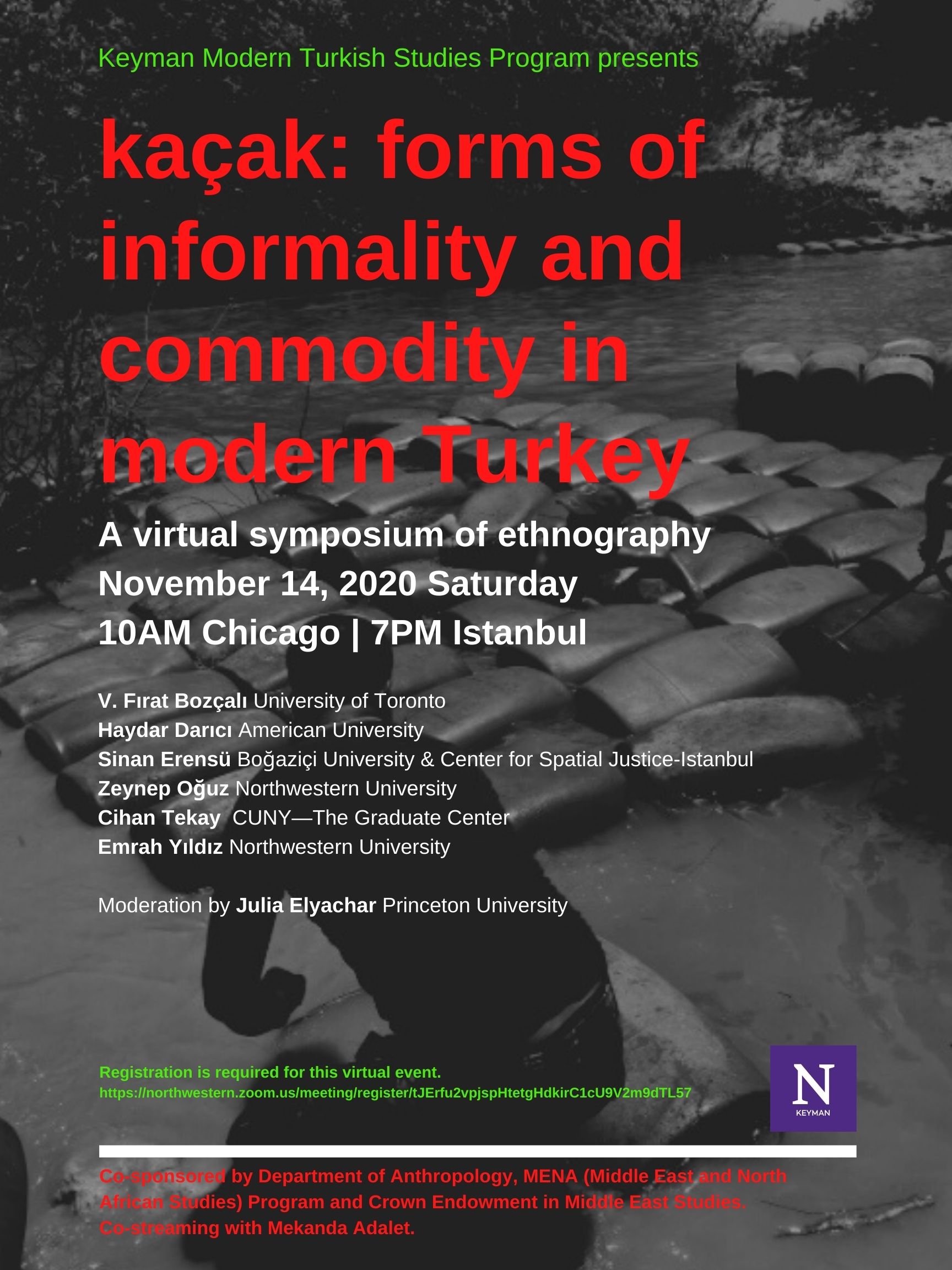 Electricity and petroleum stolen from state laid grids of distribution. Livestock, tea and tobacco traded as contraband goods across national borders. An apartment building built without permits. What unites these seemingly disparate situations in Turkey is that they are all described with the qualifier kaçak. Although conventionally translated into English as the equivalent of “smuggled good,”  the semantic domain of kaçak in Turkish (loaned into Kurdish and Persian) is more capacious than ‘smuggled’ signifies: Derived from the Turkish verb kaçmak—to run away, flee, seek refuge—kaçak helps us recover the act of breaching the obligations of a social or legal contract as a constitutive vector of informality and its politico-legal and socio-cultural construction. Each panelist tracks a single commodity, and shows the many forms kaçak takes in the hands of concrete social actors under historically specific material conditions. The symposium’s focus on the forms commodities and their informalities take invites a radical rethinking of truth-claims made about economic informality as a relatively recent and primarily urban effect of neoliberal capitalism. The six studies of kaçak instead provide historically and geographically far more expansive windows into the politically instituted process that is the making of modern Turkey.