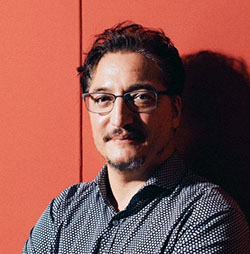 Since 2014, Dr. Öktem has held the chair of Southeast European Studies and Modern Turkey at the University of Graz. He is an associate of the Centre of International Studies at the University of Oxford, where he completed his PhD in Political Geography in 2006 and his M St. in Modern Middle Eastern Studies in 2001. Dr. Öktem is an alumni of the Mercator – IPC Fellowship in Turkish Studies and a collaborator of the Mercator foundation in Germany.

His research interests include the politics and society of modern Turkey with a particular focus on social movements, minorities, diasporas, and queer rights. He has published several collective volumes and monographs, including Turkey’s Exit from Democracy. Illiberal governance in Turkey and beyond (London & New York: Routledge, 2018); Die Tuerkei im Spannungsfeld von Kollektivismus und Diversitaet (Wiesbaden: Springer, 2016); World War I and the End of the Ottomans.
From the Balkan War to the Armenian Genocide (London: I.B. Tauris, 2015); Another empire?  A decade of Turkey’s foreign policy under the Justice and Development Party (Istanbul: Bilgi University Press (2012); Angry Nation. Turkey since 1989 (London: Zed Books, 2011); Turkey’s Engagement with Modernity. Conflict and Change in the 20th Century (Basingstoke: Palgrave Macmillan, 2009); In the long shadow of Europe: Greeks and Turks in the era of Post-Nationalism (Leiden: Brill, 2009).