What compels Jews in the Ottoman Empire, Turkey, and abroad to promote a positive image of Ottomans and Turks while they deny the Armenian genocide and the existence of antisemitism in Turkey? Marc David Baer confronts these convictions and circumstances to reflect on what moral responsibility the descendants of the victims of one genocide have to the descendants of victims of another. By looking at the complexities of interreligious relations, Holocaust denial, genocide and ethnic cleansing, and confronting some long-standing historical stereotypes, Baer sets out to tell a new history that goes against Turkish antisemitism and admits to the Armenian genocide.

Professor of History at MIT and is a historian of the modern Middle East and an affiliate of the Women and Gender Studies Program as well as the Center for International Studies. She specializes on Turkish and Armenian lands in the 19th and 20th centuries. Publications include a co- edited volume in Turkish titled Bir Adalet Feryadı, Osmanlı’dan Cumhuriyet’e Beş Ermeni Feminist Yazar (1862-1933) [A Cry for Justice: Five Armenian Feminist Writers from the Ottoman Empire to the Turkish Republic (1862-1933)] (Aras, 2006); and the monograph, Recovering Armenia: The Limits of Beloning in Post-Genocide Turkey, (Stanford University Press, 2016). Current collaborations: with Dr. Melissa Bilal on a critical anthology of the history of Western Armenian feminism, “Feminism in Armenian: An Interpretive Anthology”; and with Dr. Kent Schull (Binghamton, SUNY) on an edited volume on the entangled histories of Armenians in the 19th century Ottoman Empire.

Dr. Baki Tezcan, UC Davis, joined us on March 12th 2021 to present his online talk “The Emasculated Guardians of Power: Black Eunuchs and the Interplay Between Gender and Race at the Ottoman Imperial Court”, as part of the interdisciplinary Keyman Visiting Speaker Series: ‘Reflections on Whiteness, Blackness, and Race in the Ottoman Empire and the Republic of Turkey.’ Introduction by İpek K. Yosmaoğlu, Keyman Program Director. Moderated by Deniz Duruiz, Keyman Postdoctoral Fellow.

In the light of four books that were either written with a view to secure the patronage of the Chief Black Eunuch of the Ottoman court, or to critique him, between the early seventeenth and mid-eighteenth centuries, Dr. Tezcan discussed Ottoman literary representations of Africans and how these representations intersect with the heavily gendered environment of the court.

Baki Tezcan teaches history at the University of California, Davis, and is the author of The Second Ottoman Empire: Political and Social Transformation in the Early Modern World, and about forty articles on Islam, modern Turkish historiography, and Ottoman history and historiography.

Thomas de Waal is a senior fellow with Carnegie Europe, specializing in Eastern Europe and the Caucasus
region. He is the author of numerous publications about the region. The second edition of his book The Caucasus: An Introduction (Oxford University Press) was published in 2018. He is also the author of Great Catastrophe: Armenians and Turks in the Shadow of Genocide (Oxford University Press, 2015) and of the

authoritative book on the Nagorny Karabakh conflict, Black Garden: Armenia and Azerbaijan Through Peace and War (NYU Press, second edition 2013). He co-authored (with Carlotta Gall) the book Chechnya: Calamity in the Caucasus (NYU Press, 1997), for which the authors were awarded the James Cameron Prize for Distinguished Reporting.

Laurence Broers is the Caucasus programme director at London-based peacebuilding organization Conciliation Resources. He has more than 20 years’ experience as a researcher of conflicts in the South Caucasus and 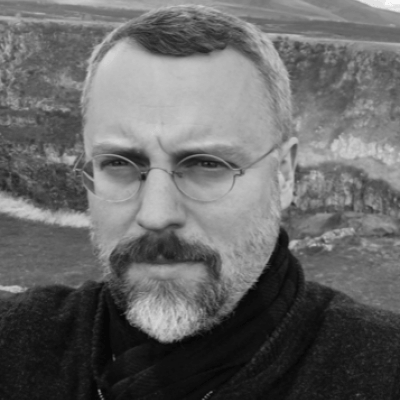 practitioner of peacebuilding initiatives in the region. He is the co-founder and co-editor-in-chief of Caucasus Survey, the first dedicated scholarly journal for the Caucasus region, published since January 2015 by Taylor & Francis. He is also the author of Armenia and Azerbaijan: Anatomy of a Rivalry (Edinburgh University Press, 2019) and co-editor of the Routledge Handbook of the Caucasus (Routledge 2020) and Armenia’s Velvet Revolution: Authoritarian Decline and Civil Resistance in a Multipolar World (I.B. Tauris, 2020).

Dr. Grigoriadis discussed regional political developments and growing tensions between Greece and Turkey. He explained, since the Arab uprisings, the Levant and the Mashreq have become two of the world’s most volatile regions, and this volatility has recently moved to the waters of the Eastern Mediterranean, with the discovery of natural gas reserves in the exclusive economic zones (EEZ) of Cyprus, Egypt and Israel raising interest of global powers and energy companies in the region. Despite the high monetization costs and the CoViD-19 pandemic effect on energy markets, Turkey’s recent exploration activities have posed a significant challenge for regional security, rekindling disputes about the delineation of maritime zones between the littoral states of the Eastern Mediterranean.

Ioannis N. Grigoriadis is an associate professor and the Jean Monnet Chair of European Studies at the Department of Political Science and Public Administration, Bilkent University. He is also Senior Fellow and Head of the Program on Turkey at the Hellenic Foundation for European & Foreign Policy (ELIAMEP). He was recently an IPC-Stiftung Mercator Senior Research Fellow at the German Institute for International and Security Affairs (Stiftung Wissenschaft und Politik-SWP) in Berlin and a Stanley J. Seeger Research Fellow at Princeton University.

The views and opinions expressed within our webinars and other speaking events and presentations are those of the presenters and do not necessarily reflect the views or opinions of the Keyman Modern Turkish Studies Program.