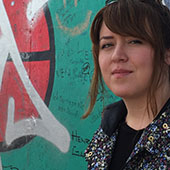 Esra Çimencioğlu is a Ph.D. candidate in Screen Cultures program with particular interests in transnational media, cinema of displacement, architectural theory, urban and postcolonial studies. Her dissertation focuses on the relationship between space, gender and everyday life in post-revolutionary Iranian cinema. After completing her undergraduate study in Urban and Regional Planning from Istanbul Technical University, she received an M.A. in Film and Television Studies from Istanbul Bilgi University with a thesis titled “Non-Places of New Turkish Cinema.” She has presented her work at the conferences including Society for Cinema and Media Studies, Association for the Study of the Middle East and Africa and Middle East History and Theory. She has been awarded a Fulbright Scholarship for her doctoral study in the United States. 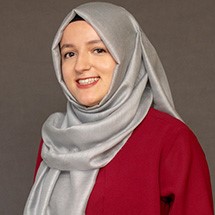 Şeyma Kabaoğlu is a cultural anthropologist-in-training who works on everyday life of Islamic banking and finance in the Middle East, with a specific focus on participation banking industry in Turkey. Her broader research interests include alternative economies, government-financial market relations, religion, law and moralities of exchange. Besides finance, she has a passion for public archaeology. She has worked as an archival researcher for Market Street Chinatown Archaeological Project at Stanford University and volunteered at Kucukyali Arkeopark Project at Koc University in Istanbul as a public archaeologist. She is also interested in the processes of commodification of cultural heritage and cultural heritage management in general.” Seyma has a BS in Economics and a BA in Sociology from Boğaziçi University in Istanbul. 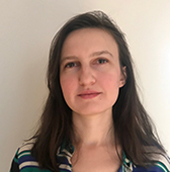 Özge Karagöz is a PhD student researching transnational histories of modern and contemporary art, with a focus on Turkey and the Middle East. Her research interests revolve around the historiography of art and the performativity of canonical art historical narratives in relation to the formation of art historical subjectivities, particularly in contexts outside of western Europe and North America. She received a B.A. in Visual Arts from Sabancı University in Istanbul and an M.A. in Visual and Critical Studies from the School of the Art Institute of Chicago, where she wrote a thesis on the genealogy of some major art terms in the Turkish language, tracing their complex semantic histories in relation to the Arabo-Persian, French, German, and Anglophone art discourses as well as Turkey's intellectual history. She is also a Mellon Cluster Fellow in Northwestern’s Middle East and North African Studies. 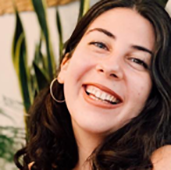 Hazal Özdemir is a doctoral student in History and a fellow in the Middle East and North African Studies cluster. She is a co-chair of the MENA Graduate student group and a student representative in the department of History. Before coming to Northwestern, she received a BA in History from Boğaziçi University, Turkey and an MA in History of Art with Photography from Birkbeck, University of London. She specializes in the Ottoman Empire in the late 19th and early 20th century. She studies the Armenian circular migration between the Ottoman Empire and the United States at the turn of the twentieth century, with a focus on surveillance mechanisms the Ottoman government developed to restrict Armenian migration. She demonstrates that by 1896 Armenians were allowed to emigrate only under the conditions that they give up Ottoman subjecthood and sign a document attesting that they would not come back. Her project contributes to the existing literature on Ottoman Armenian history by studying denaturalization of targeted populations and methods devised to control their movements such as photo registers. With deep sourcing from multiple archives, using state documents, memoirs, letters and newspapers in Ottoman Turkish, Armenian and French, and official migration photographs, this project seeks to understand the ethnic engineering project began in the era of Abdülhamid II (1876-1909), which aimed to single out Armenians as a community. The Keyman Modern Turkish Studies Program generously funded her research.

Areas of interest: emigration to the US, photography as a means of state control, Ottoman photography, Ottoman migration policies, Ottoman Armenians, subjecthood, denaturalization 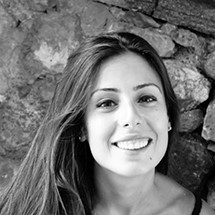 İdil Özkan is a doctoral student in linguistic anthropology at Northwestern University. Her dissertation project investigates the 2015 citizenship offer of Spain to Sephardic Jews, exploring language ideologies, citizenship, transnational migration, and the understandings of homeland and belonging among Turkish Sephardic Jews. Idil has a BA in sociology from Boğazici University, and an MA in Cultural Studies from Istanbul Bilgi University, Turkey. Her MA thesis dealt with the temporal politics and affect of language loss among Turkish Jews. She worked as a teaching assistant at the Department of Sociology at Istanbul Bilgi University between 2014-17. As co-founder of YATOÇ (the Study Group on Jewish Communities) in Istanbul Bilgi University, she organized a number of roundtables and academic workshops on Jewish Studies in Turkey.