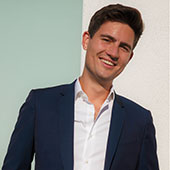 Thadeus Dowad is a College Fellow (2021-22) and assistant professor (2022-) of art history at Northwestern. He specializes in the art and architectural history of the Ottoman Empire and Europe in the 18th and 19th centuries, with an emphasis on the transregional impacts of capitalism and empire-building on metropolitan and colonial artistic cultures. 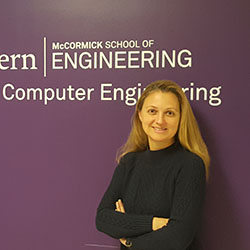 Seda Öğrenci-Memik is a Professor in the Department of Electrical and Computer Engineering (ECE), and in the Department of Computer Science (CS). She is the Director of the Computer Engineering Division of ECE. She has received her PhD degree in Computer Science from the University of California-Los Angeles. She is the co-author of more than 115 peer reviewed publications and twelve patents on the subjects of Electronic Design Automation, Reconfigurable Computing, Thermal-Aware High Performance Computing, Computer Architecture, and Instrumentation for High Energy Physics. She is the author of the book: Heat Management in Integrated Circuits: On-chip and system-level monitoring and cooling (Materials, Circuits and Devices). 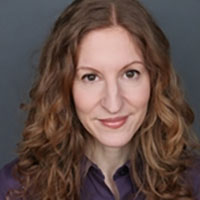 Wendy Pearlman is Associate Professor of Political Science at Northwestern University, where she specializes in Middle East politics. She is the author of four books, We Crossed A Bridge and It Trembled: Voices from Syria (HarperCollins, 2017), Violence, Nonviolence, and the Palestinian National Movement (Cambridge University Press, 2011) Occupied Voices: Stories of Everyday Life from the Second Intifada (Nation Books, 2003), and Triadic Coercion: Israel’s Targeting of States that Host Nonstate Actors (co-authored with Boaz Atzili, Columbia University Press,), as well as dozens of articles, essays, or book chapters. Wendy earned a Ph.D. from Harvard University, an MA from Georgetown University, and a BA from Brown University. She has conducted research in Spain, Germany, Lebanon, Jordan, Turkey, Israel, and the West Bank and Gaza Strip. 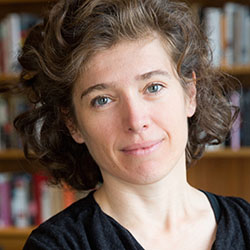 Associate Professor in the School of Communication, Keyman MTS Faculty Board 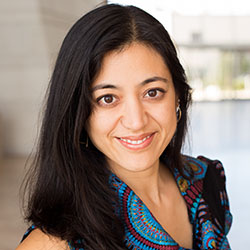 Shayna Silverstein is an assistant professor of Performance Studies at Northwestern University. Her research examines the politics and aesthetics of sound and movement in the contemporary Middle East, with a focus on Syria. Her recent publications include essays in Music & Politics, Remapping Sound Studies (Duke Press), Punk Ethnography (Wesleyan Press), Islam and Popular Culture (University of Texas Press), and an audiography in [in]Transition: Journal of Videographic Film & Moving Image. 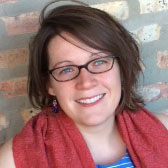 Lauren Stokes (Ph.D., University of Chicago, 2016) is a historian of modern Germany, with a particular focus on migration and race in German history. She is currently at work on a book manuscript about “family reunification” for foreign workers in West Germany, one that explores the ways that regulation of the intimate sphere was linked to broader processes of labor migration, national identity formation, and European integration. She currently conducts research in German, Spanish, Italian, and Turkish. 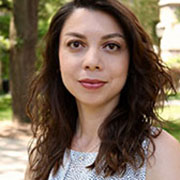 Oya Topçuoğlu is Assistant Professor of Instruction in the Middle East and North African Languages Program at Northwestern University. She holds a Ph.D. in the Art and Archaeology of the Ancient Near East from the Department of Near Eastern Languages and Civilizations at the University of Chicago, and a BA in Ottoman History from Boğaziçi University in Istanbul. Dr. Topçuoğlu teaches on a range of subjects, including modern Turkish language and culture, and the history and archaeology of the Middle East. Dr. Topçuoğlu is an archaeologist by training, who specializes in the art, archaeology, and history of ancient Iraq, Syria, and Turkey. Her research addresses issues of social identity and cultural exchange, and the effects of political change and ideology on the material record of the ancient Middle East. 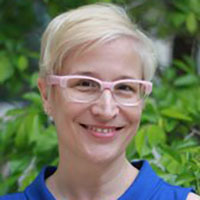 Dr. Jessica Winegar is Professor of Anthropology and Middle East and North African Studies at Northwestern University. She is the author of numerous articles on visual culture and politics in the Middle East that have appeared in publications such as American Ethnologist, Cultural Anthropology, Anthropological Quarterly, Middle East Journal of Culture and Communication, Review of Middle East Studies, Critical Interventions, Contemporary Practices, Middle East Report, Jadaliyya and ArteEast. Her book Creative Reckonings:  The Politics of Art and Culture in Contemporary Egypt (Stanford, 2006), won the Albert Hourani award for best book in Middle East studies and the Arnold Rubin award for best book on African arts. She is also the co-author, with Lara Deeb, of Anthropology’s Politics: Discipline and Region through the Lens of the Middle East (Stanford, 2015). Dr. Winegar is the recipient of numerous grants for her research, including from the National Endowment for the Humanities, American Council of Learned Societies, Mellon Foundation, Social Science Research Council, and Fulbright.

Emrah Yıldız is Crown Junior Chair in Middle East Studies and Assistant Professor of Anthropology at Northwestern University. He is a historically attuned cultural anthropologist, studying routes of religious, commercial and political mobility between Iran, Turkey and Syria. His research lies at the intersection of historiography and ethnography of borders and their states; anthropology of pilgrimage and visitation in Islam as well as the study of currencies and contraband commerce in political economy. The Wenner-Gren Foundation, Die Zeit Stiftung Bucerius Fellowship in Migration Studies, Cora Du Bois Charitable Trust, Harvard’s Center for Middle Eastern Studies and Northwestern’s Buffett Institute for Global Studies have supported his research and writing. A founding and former co-editor of Jadaliyya’s Turkey Page, Yıldız co-edited (with Anthony Alessandrini and Nazan Üstündag) the collection “Resistance Everywhere:” The Gezi Protests and Dissident Visions of Turkey (2014).